Observations at Kurduvadi on a Sunday Night!

I had my first visit to Pandharpur, reaching Kurduvadi on Sunday May 14th early morning by 22139 CSTM-SUR superfast; from where I took 11309 SUR-Miraj express to PVR. I returned the same evening to KWV by 11310 Miraj-SUR exp, before proceeding to Mumbai by 22140 SUR-CSTM superfast. At KWV, I had about 3 hours to kill in the night; so these were my observations: 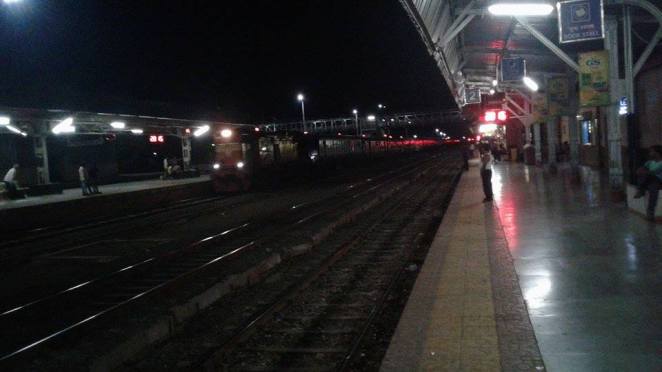 After 3 mins, it sounded an LT horn and then the HT horn. A minute later, it sounded the LT horn again and departed finally with furious chugging. I could faintly hear the turbocharger in full song (and the LT horn) even 5 mins after it departed

! It was sheer music to my ears. 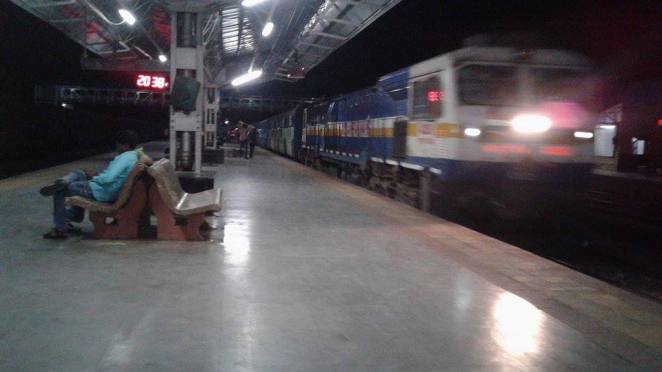 The poor train had to be detained for half an hour

5) Konark finally departed at 21 09, with 3 blasts of its impressive horn – pure EMD

7) 18519 VSKP LTT express shattered the brief silence of the station at 21 47, skipping at MPS with superb honking by its WDG4 127X3. https://www.youtube.com/watch?v=pHcgc0WWoyc

An interesting point: The chugging of the ALCOs and humming of the EMDs could be heard in the distance even 5-7 mins after a train departed – towards Daund side (probably because of the sound being reflected by the mountains between DD and KWV, I guess). This was not the case with trains going towards SUR.

One thought on “Observations at Kurduvadi on a Sunday Night!”